Most of the ORIGINAL WORK on this page is FOR SALE by the artist, and in some cases PRINTS AVAILABLE as well.
Please put a piece in the cart, or write me at loprestiarts@yahoo.com , for purchasing information.
Drop me a line, and we can discuss any questions you might have, in regards to purchases..
I am also able to contact the artists for any commission offers, as well.

The Gallery receives 15% of sales proceeds, for operating fees; and the artists themselves are responsible for shipping costs.
Please be aware that any purchases outside of the United States, will have an additional $100-200 charge, added to the price.
I use Venmo, Paypal, Zelle, and snail mail / USPS,  for payment.

Here is the information in regards to prints.. Please note, not all pieces are available for (immediate)  prints.
Please contact me for inquiries. The professional company we use offers 2 types of paper, and two sizes.
There is no money back guarantee for purchases.
The two premium cotton rag papers available are Moab Entrada Rag Natural 300,
and the Hahnemühle William Turner. The rag natural has a texture that is quite smooth, similar to watercolor paper or perhaps a dollar bill. While the William Turner has a more textured, mold made appearance, almost like relatively smooth tree bark.
There are a various number of sizes to choose from,
and here is a basic price guidelines. Half of the proceeds go to the Print shop, 15% to the gallery, 35% to the artist.
Framing options are available as well.

Antonia Andrioti
Growing up with architects, artist Antonia Andrioti found inspiration on family trips to archeological sites across Greece. She got her BFA in Sculpture at the University of Newcastle on Tyne, England, and her MFA in Painting and Printmaking at the New York Academy of Art, where she was also awarded the Prince of Wales Fellowship, a residency for landscape painting at Forbes Castle in Normandy, France. Moving from noisy junk yard musical instruments to baroque oil paintings of cops in tutus and self-destructive marble fertility statues, Antonia has maintained her animated style.She has gained experience collaborating with numerous artists, creating scenic work as well as large scale sculptures in a variety of materials. Since 2002, her work has been exhibited in US and European galleries, as well as public festivals in New York, Pittsburgh and Athens, Greece.

Bonnie Dewitt (1983-2017)
Bonnie was a talented Manhattan based artist and teacher, some of us had the privilege of knowing at the New York Academy.
"As a painter, she had a cheerfully perverse sensibility, like an early Renaissance narrative painter, or a German fairy-tale writer." Bonnie considered Hieronymus Bosch, an early Dutch Renaissance painter, to be a strong influence on her artistry.... Bonnie had a radiant presence; anyone who had the opportunity to cross paths with Bonnie would agree that she was someone everyone wanted to know. She was a true rarity, someone who was and will always be unforgettable. As a personal acquaintance, she was always inspiring and energetic presence to be around; a sensitive and down to earth personality, who's artistic vision and passion, was a force of nature, unto itself. She is sorely missed.

Christopher LoPresti Jr.
I do portraiture for a living, and teach. Please contact me if you are interested in having any work done. I am originally from Woodbridge, Virginia; a traditionally trained, New York City based artist. I mostly work with oil paint and graphite, drawing from my study of human anatomy and rendering reality from direct observation. I have an MFA from the New York Academy of Art, specializing in anatomy and traditional painting and drawing techniques. I have also worked as an assistant for many years at the Art Students League of New York,  and teaching there as well, the oldest art schools in the city. I am currently working towards a solo show, and continually honing my own, personal body of work. I have been honored to be awarded many prestigious awards; the Xavier Gonzales travel grant is the most recent, for extensive travel and study abroad in nine European countries,  and the Fantasy Travel Scholarship, which enabled me to study at the Paris American Academy.

Matt Myers
I was Born in Niagara Falls, N.Y., in 1960; Received my MFA from Pratt Institute in 1996, now living in New Jersey with my wife Laura and two sons. I'm basically an Outsider artist, because my interests are in erotica and most of my efforts go in that direction, which is counter-culture compared to what most art galleries represent. I got into erotica much later in my career, I think as Japanese cultural influences spread across the world in the 90's, and I was swept up in anime, videogames, manga, hentai and JAV (Japanese Adult Videos). I suppose I’m obsessed with what's under the surface, hidden, the essence of what makes us sexually attractive. My art emphasizes exploring hyper-sexual imagery and raising it from a low-brow cultural status to a high-art level using meticulous drawing and painting methods. More recently I've connected with some Asian and European models, exploring exotic raw talent from the Philippines, Thailand and France to capture pure unbridled beauty while showing the eroticism in a more subdued, implicit way.

Zoila Mata  is a native New Yorker, for better or worse. She spends her time divided between Manhattan and Daydreams. Her art is done primarily in ink and watercolour. Zoila has a background in illustration and enjoys drawing and painting from life. She creates comics in secret. She has a penchant for the dark and fantastical and is sustained mostly by coffee.

Isaac Pelepko is a painter and draughtsman whose work is primarily focused on the figure.  He received his B.F.A. from the Pennsylvania College of Art and Design and his M.F.A. from the New York Academy of Art. He also studied at Grand Central Academy and the Art Students League of New York. Isaac has been in shows in Paris France, New York City, and the eastern United States.

John Wellington received his BFA from the Rhode Island School of Design and MFA from The New York Academy of Art. He worked as a colorist for Marvel Comics, painting graphic novels such as the Moebius/Stan Lee Silver Surfer, and worked on many monthly titles. He has taught traditional oil painting techniques such as indirect painting at The New York Academy of Art and privately in his atelier for almost three decades. John has written three ebooks showing his process of creating, from sketchbook and gouache study, to finished work. His paintings have been shown in numerous galleries, art fairs and museums in the United States and Europe. John has lived in France, Italy, and New York City where he currently resides.

Costa Vavagiakis has exhibited extensively in galleries and museums throughout the United States such as The National Portrait Gallery, Washington D.C.; Hirschl & Adler Galleries, ACA Galleries and Salander-O'Reilly Galleries in NY; Hackett-Freedman Gallery, San Francisco and The Frye Art Museum, Seattle.His work is held in numerous public and private collections throughout the United States including the Museum of the City of New York, the New-York Historical Society and the Arkansas Art Center.  He has been the recipient of many distinguished awards, including the Pollock-Krasner Foundation Grant and the Gregory Millard Fellowship from the New York Foundation for the Arts. Costa Vavagiakis is featured in publications such as Portrait Painting Atelier; Curve: The Female Nude Now, and in articles in Drawing Magazine, American Artist, American Artist Drawing and The Artist’s Magazine, among others.
His travels have led him to paint and conduct painting workshops in Italy, France, Greece and extensively throughout the USA, experiencing the many different aspects of our beautiful world with its varying topography, atmosphere, and weather changes.
Costa Vavagiakis is a dedicated and prolific teacher as well. He has taught at the National Academy of Design School, the New York Academy of Art, the Gage Academy and Brooklyn College. He is currently on the faculty at the Yale School of Drama, and at the Art Students' League of New York, where he has taught for over two decades. He also teaches privately from his studio in Brooklyn, NY.


B-Side Arts is an online gallery and story, a collection created and curated by
New York City artists. I originally designed this website to market and sell
original 'b-side' works and prints. The idea came from a discussion with my
friend and collaborator Isaac Pelepko, in regards to the hundreds of pieces
and works we have accumulated throughout the years; drawings, paintings,
figure studies, portraits, and doodles; most of which are collecting dust,
tucked away, and forgotten. The creative artist is always on to the next
project, and this Gallery gives us the opportunity to take a step back, and
present a retrospect of past and present projects alike, collaborate with
mentors and fellow artists, and connect with collectors and fine art aficionados.
It is the opportunity to share a glimpse of our rarely efforts.

'B-Side Arts' was yes, originally meant to be an online store; but with the
Corona/ China virus, came the need to adapt, and we expanded the concept
into an Online Gallery as well. In the time of Corona, with limited access to
Galleries and personal, physical connections. The online gallery is also a
valuable tool in helping artists to also make a living with their work, through
these unsettling times. This Gallery reflects a period when galleries and
institutions for the most part, aren't physically around to represent us. Most
of the original pieces here are for sale, and likewise available for prints.
The Gallery takes 15% percent, to help support the platform, and the rest of
the proceeds go to straight to the artist.

Our first show presented here is entitled CARTOON SEXY, a collection of
artists, friends, some mentors and teachers as well. The idea for the title of
the show came from Isaac Pelepko, who's work lives and breathes the
theme of 'Cartoon Sexy' , and the show itself is curated by myself... This
is just the first of many shows to come, and many thanks you for your time
in visiting, and hopefully sharing the website. For anyone interested in
purchases; original work or prints, please contact me. 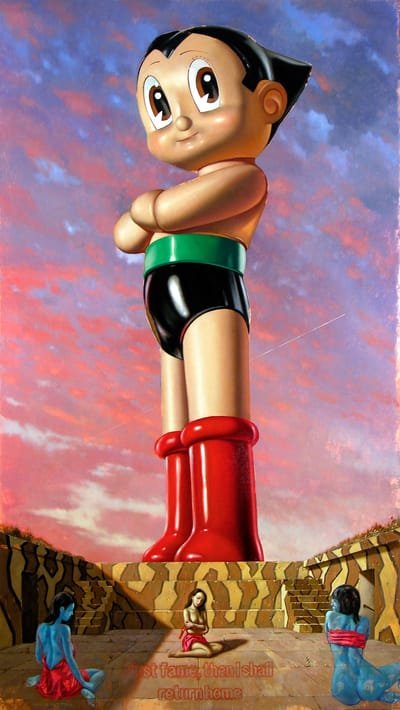 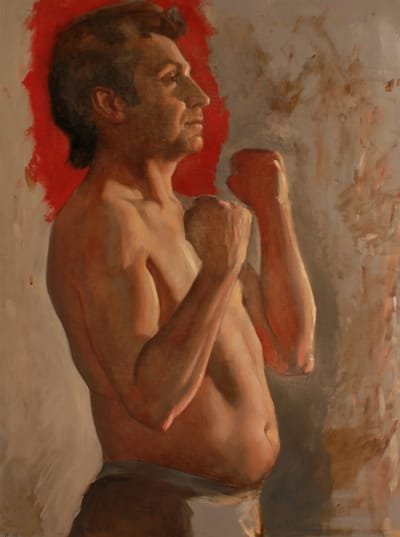 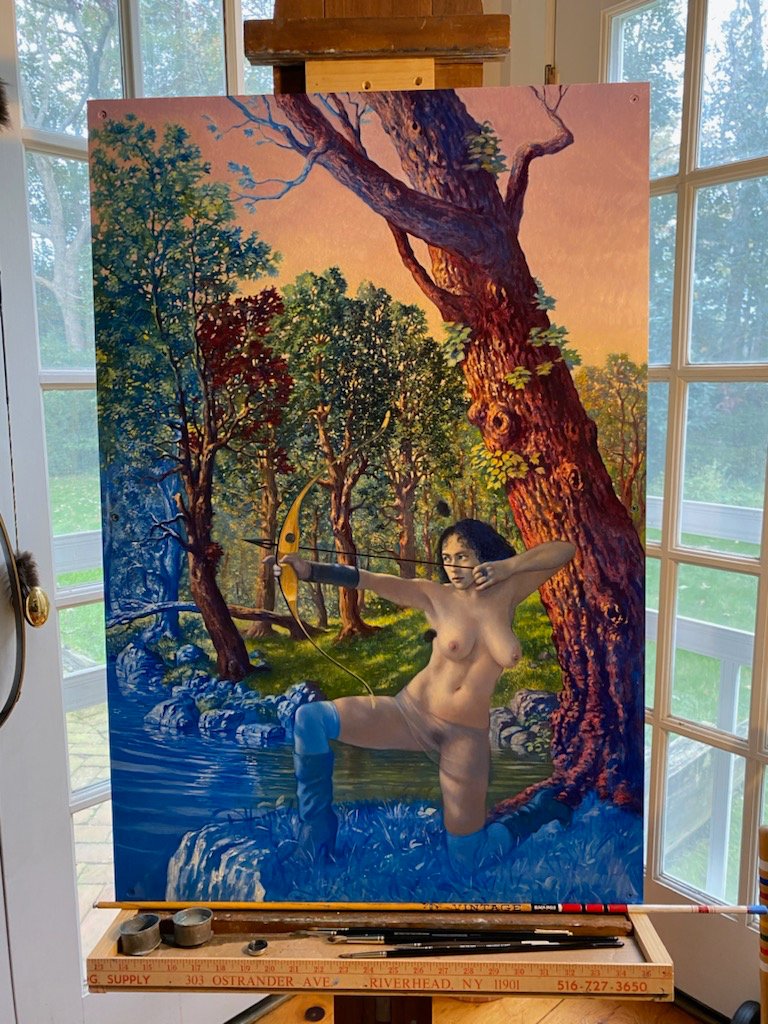 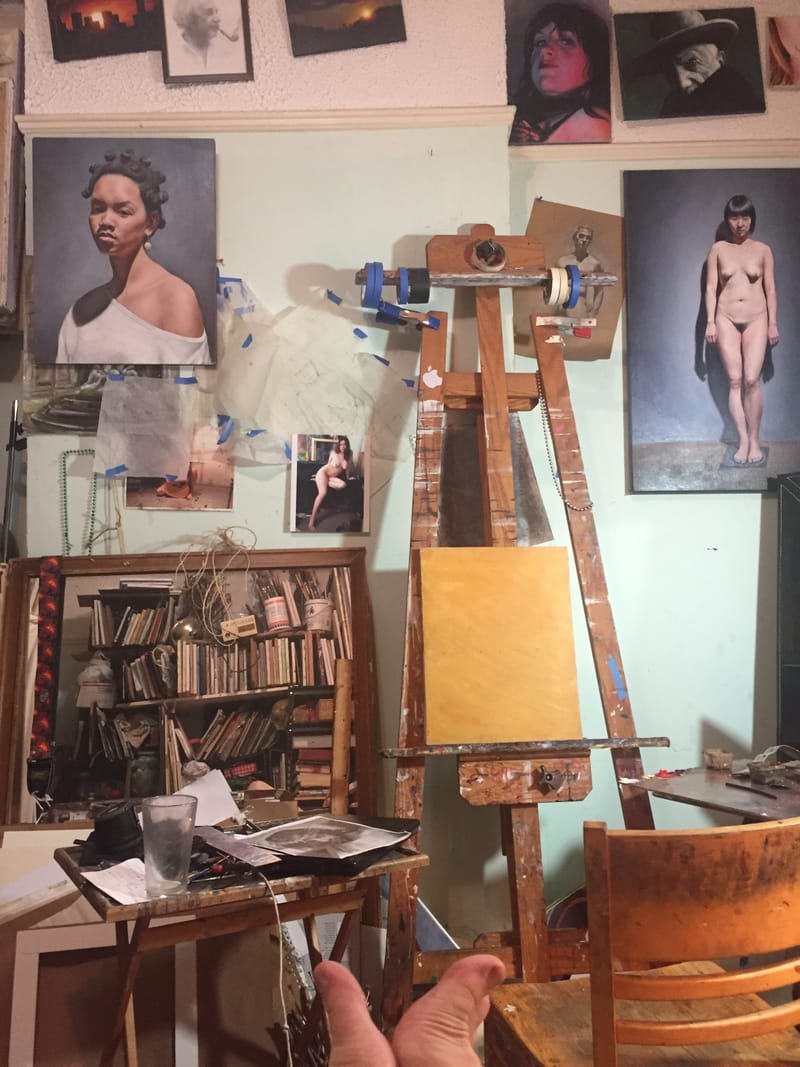 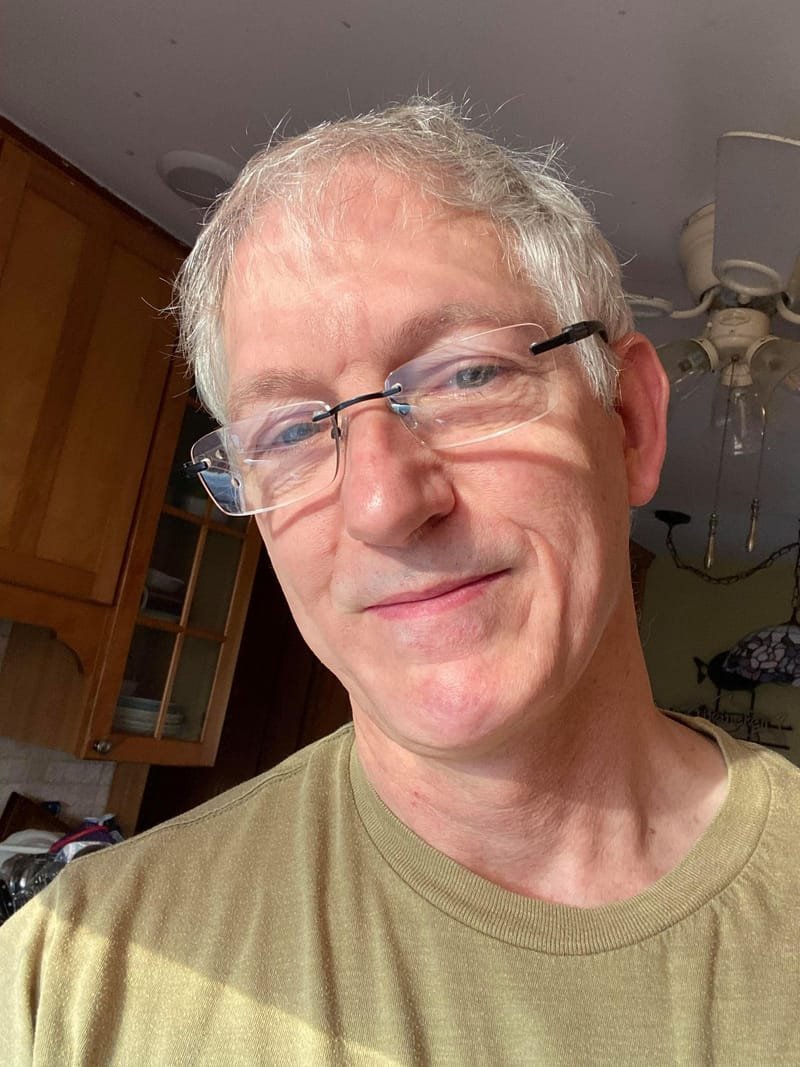 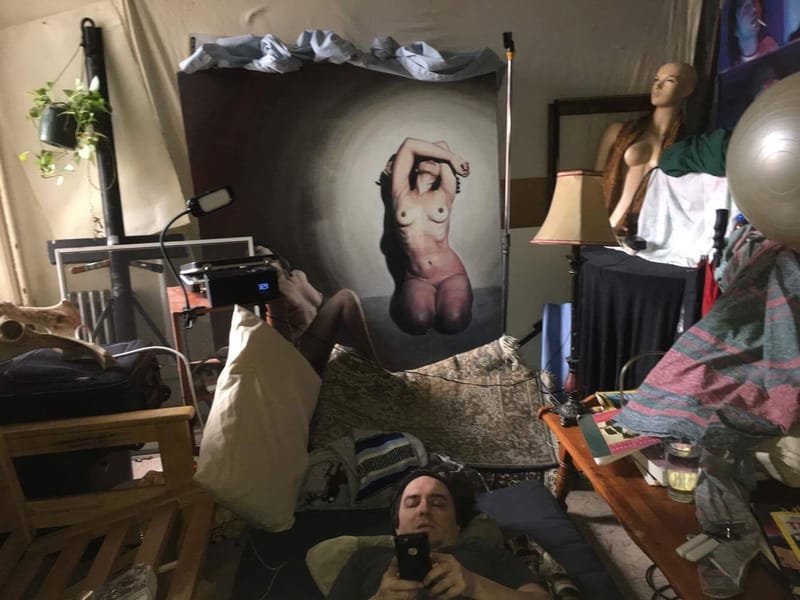 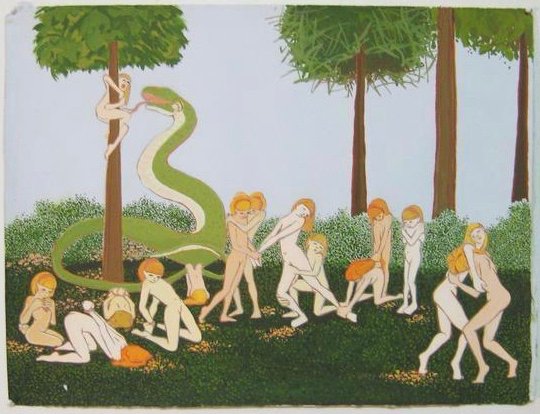 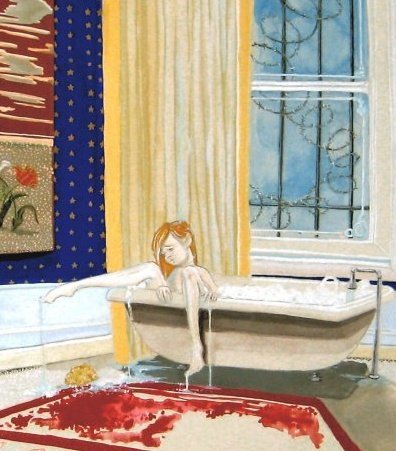 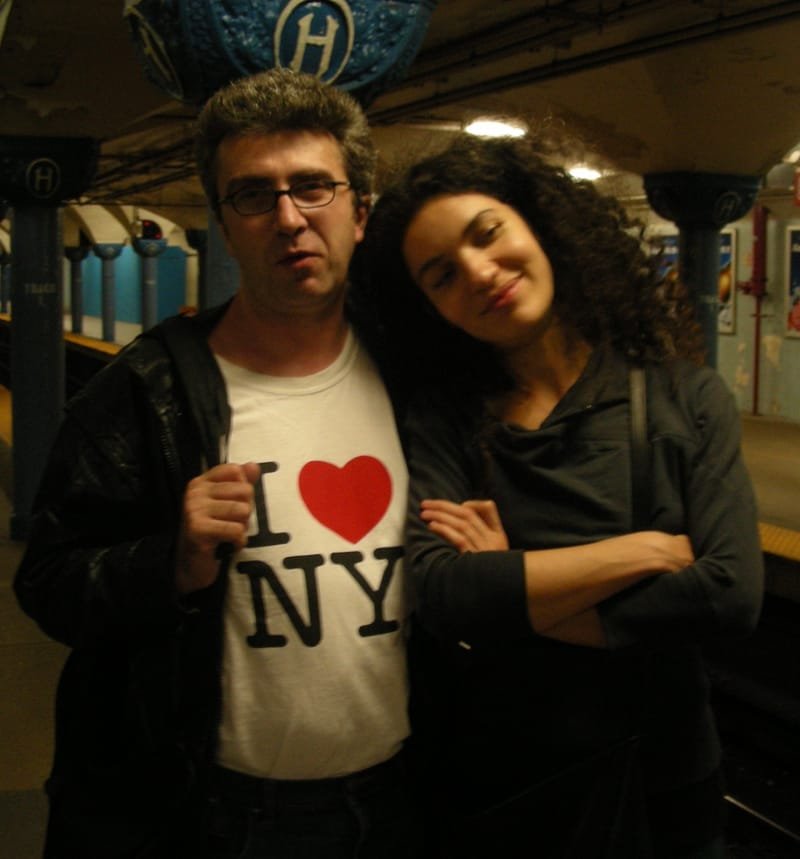 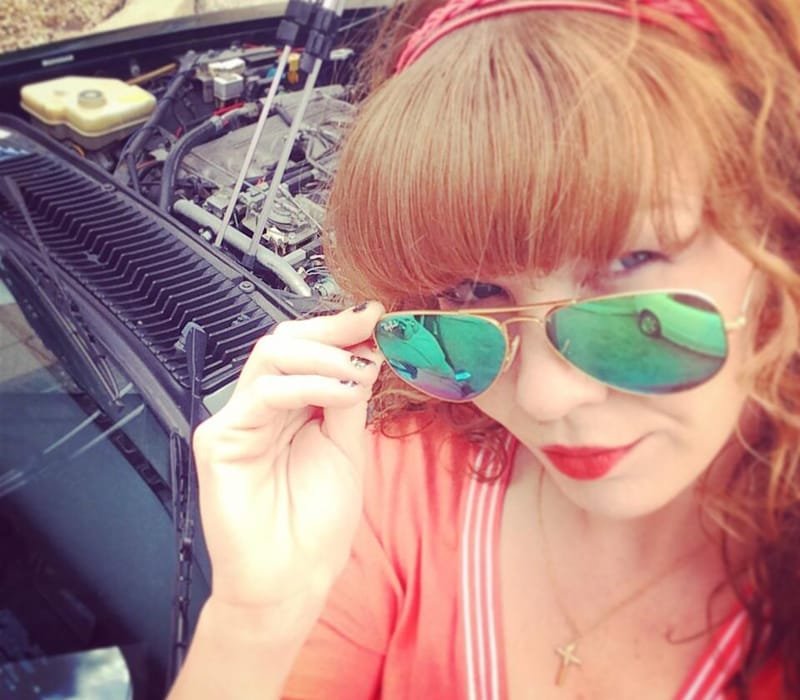 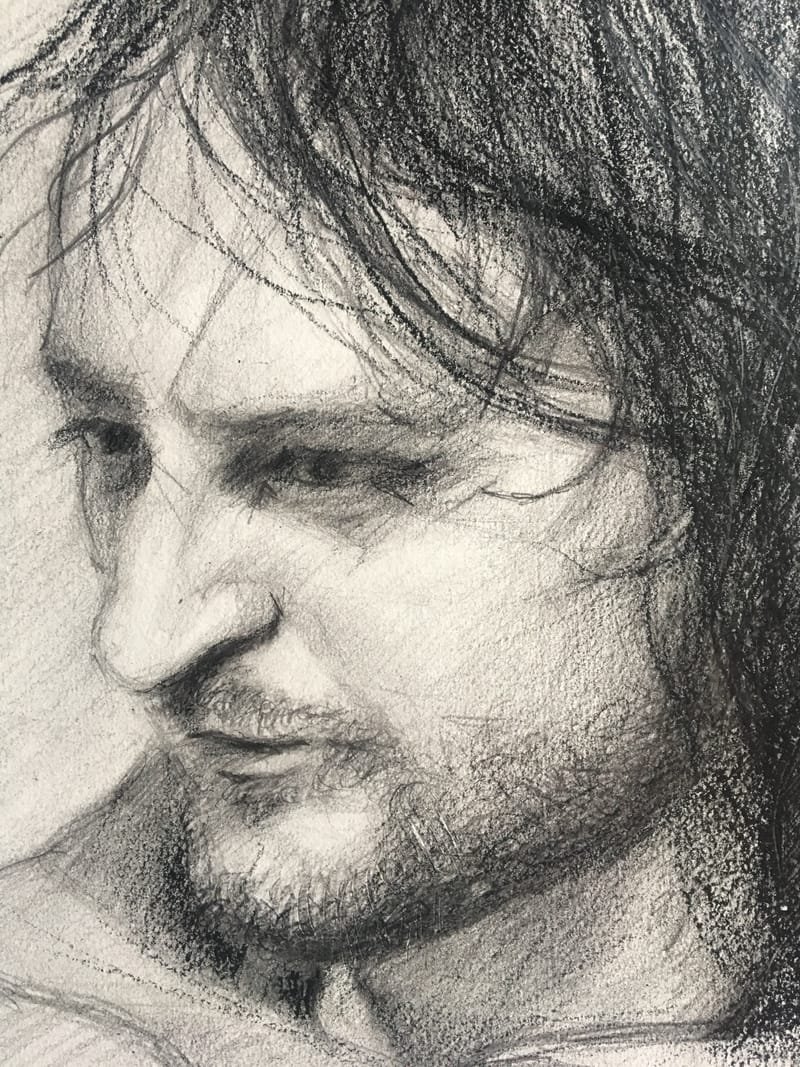 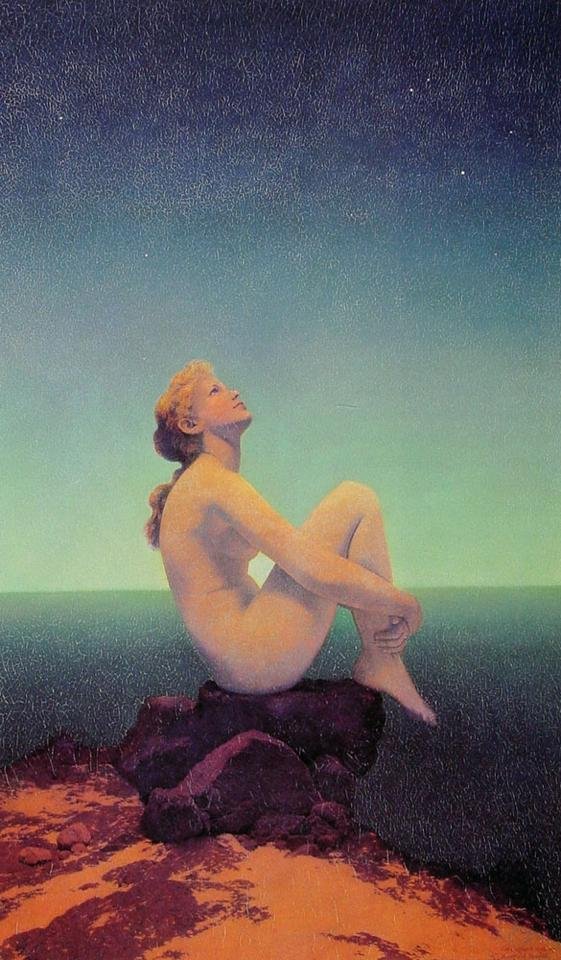 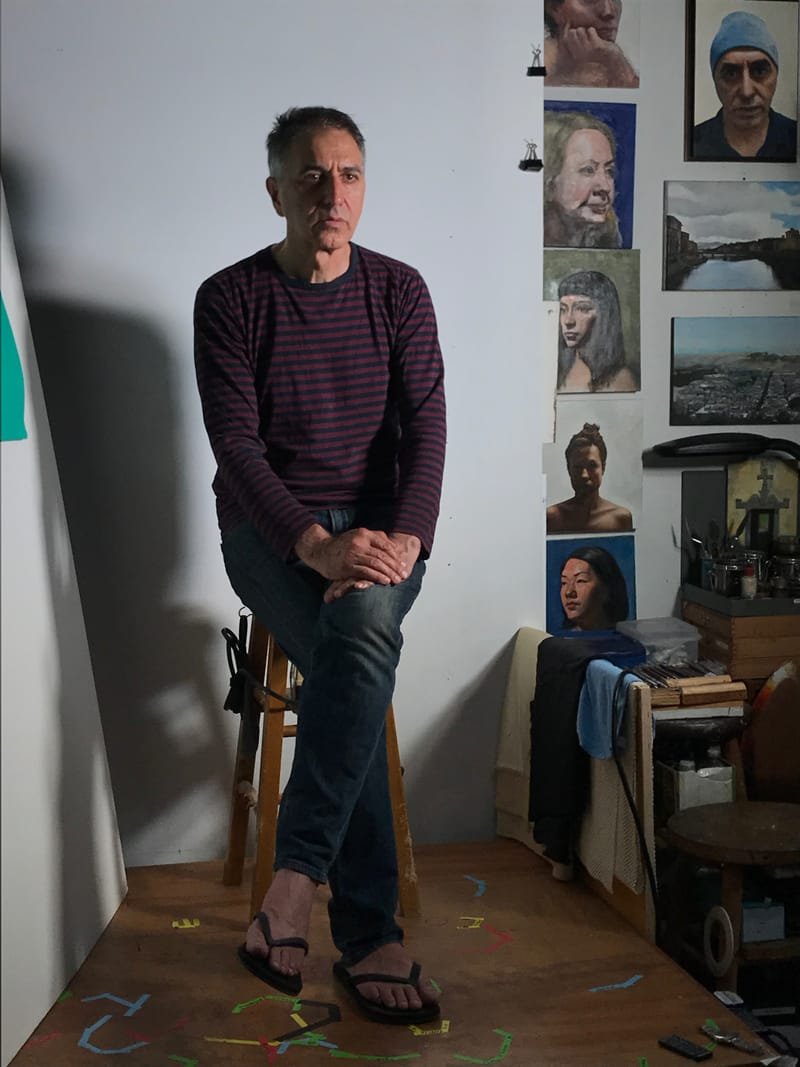 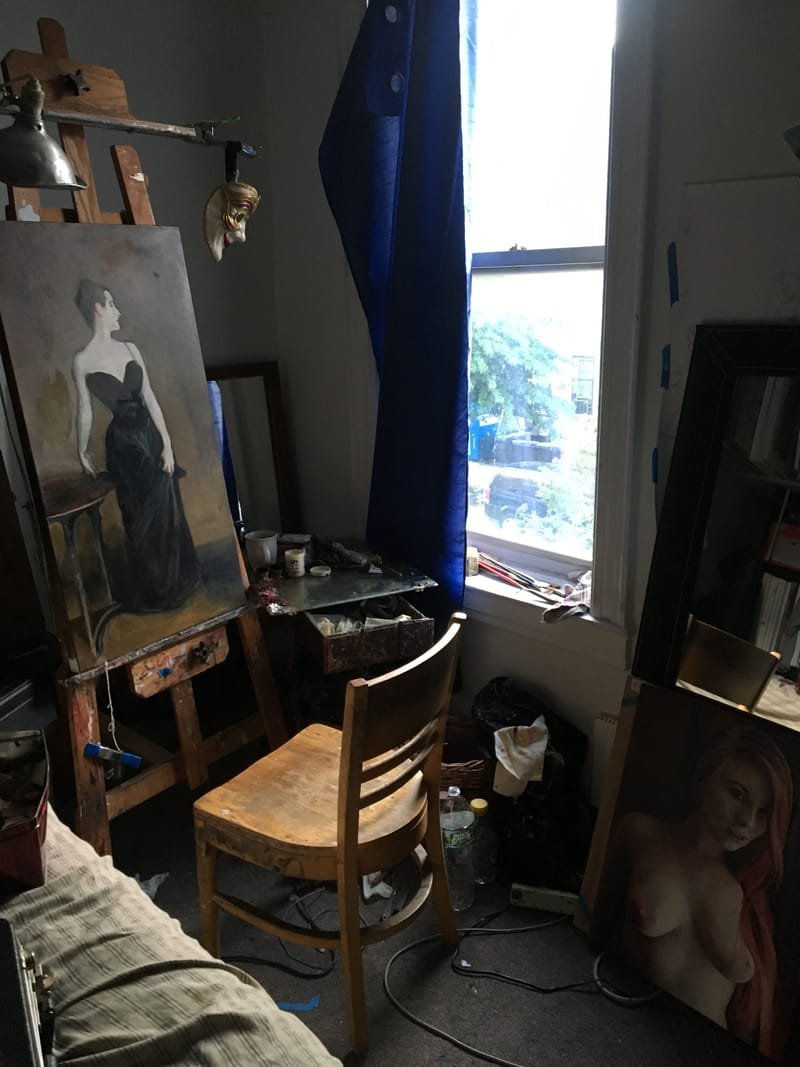 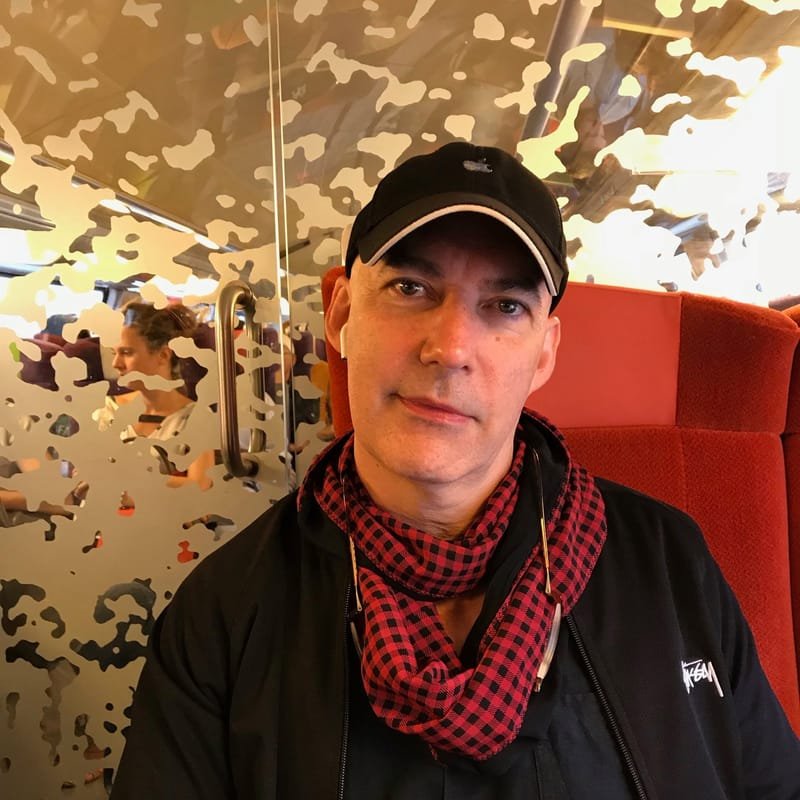 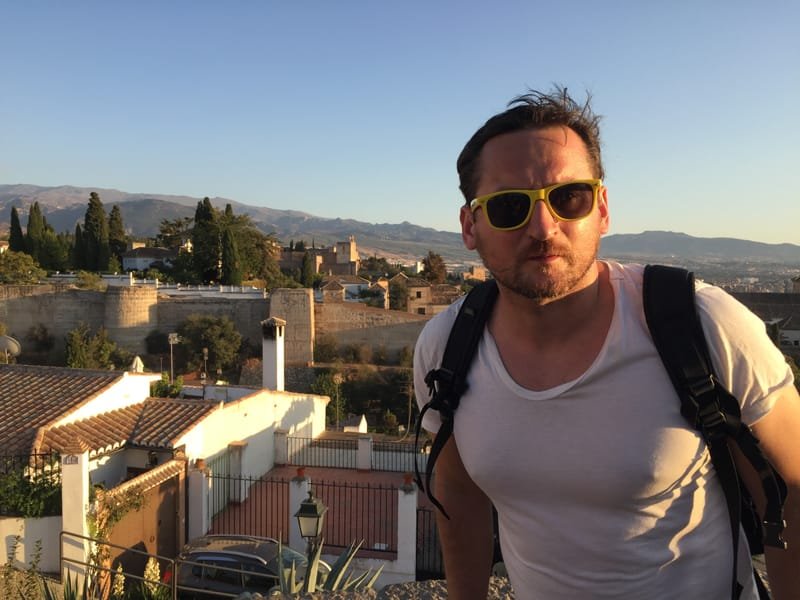 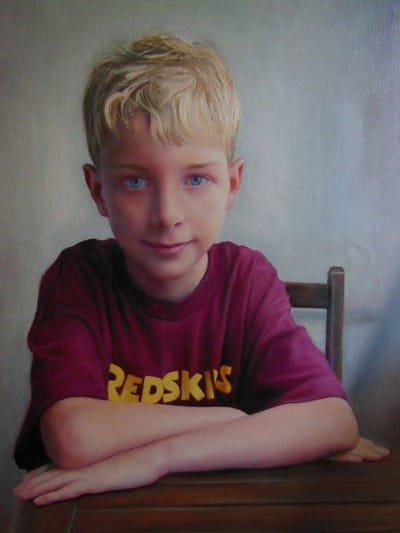